Khanjar (خنجر) is simply the Persian word for dagger, and can refer to one of many varieties.1 The word was also used as such in areas under strong Persian influence, such as Ottoman Turkey and North India. In Oman, what collectors in the Western world call a jambiya is referred to simply as khanjar as well.

The typical Persian example has an I-shaped hilt, no separate guard, and a curved blade. The blade's curvature seemed to have generally increased over time. The blade is usually made of (crucible) steel. The scabbard is usually wood covered with leather, but scabbards covered with velvet, brocage, silver, gold or steel are also encountered. Hilts are often made of ivory, horn, but can also be of stone like jade, or metal like silver or steel.2 Very ornate enameled khanjar were also produced. 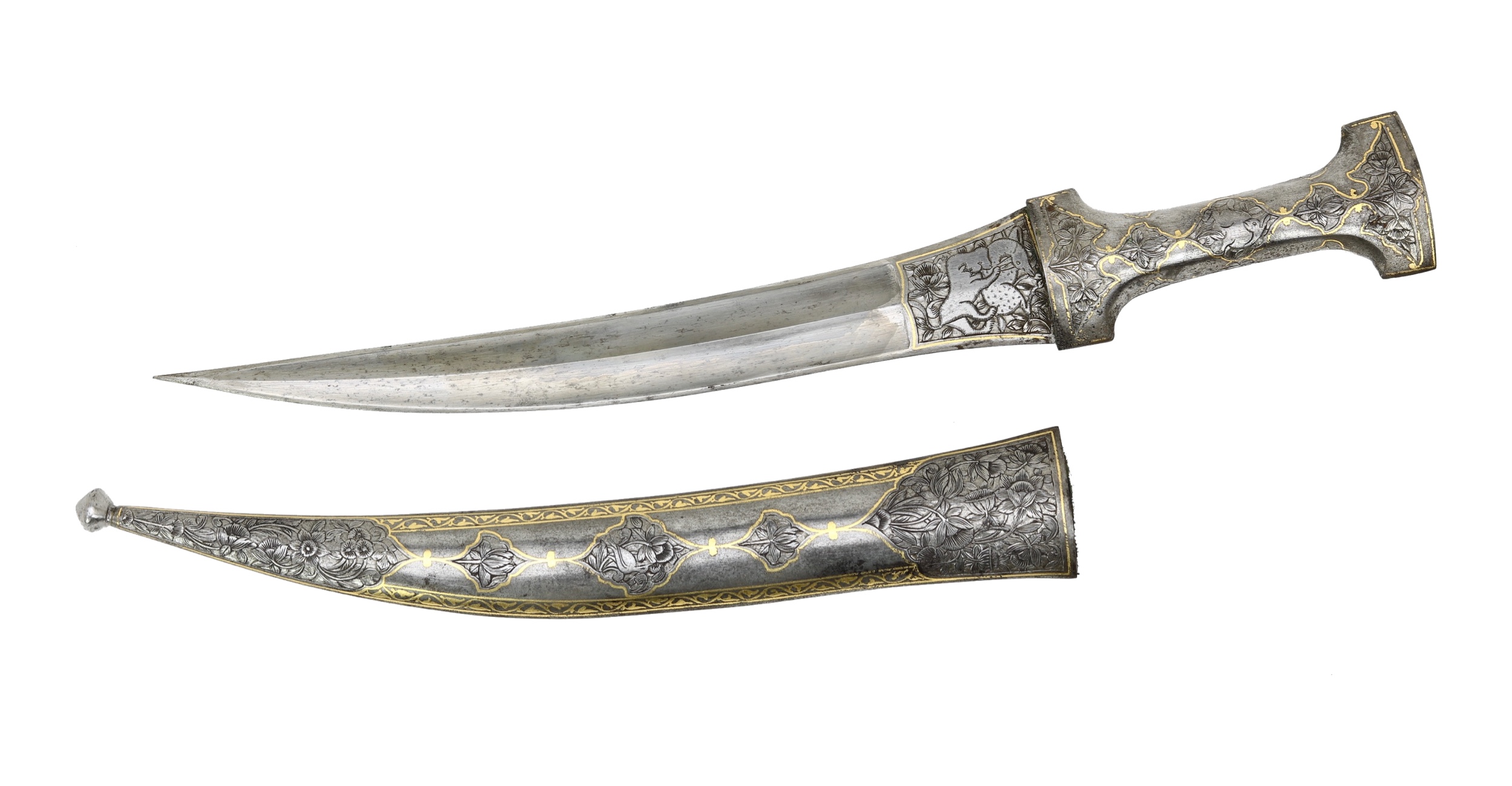 A Persian khanjar of the Qajar dynasty, with steel covered hilt and scabbard.

They were typically worn on the right side of the body, tucked in sash or belt so that only the hilt would be visible. Often they were worn together with the kard dagger which was worn on the left or in front. See for example some figures in the Shahnameh or "Book of Kings". A 1663–1669 version is in the Metropolitan Museum, accession number: 13.228.17

The word khanjar is already present in the epic Shahnameh of the 10th century A.D. The oldest khanjar that was found is believed to date from around 1410.3 The Henry Moser-Charlottenfels collection contained 43 khanjar of which four were dated, ranging from 1537 to 1841.