Language: Indonesian
Source: In common use

The keris, also spelled kris, is a thrusting dagger with a double-edged but asymmetrical blade. It was worn and used throughout the Malay Archipelago but is mostly associated with Indonesia, and Java in particular, where it is a staple of local culture.

The blades are usually forged of iron together with iron with high nickel content to create a prominent pattern called pamor. Early sources of the nickel-iron were comets, later it was imported through the VOC. Keris blades were often polished with a series of stones and then rubbed with arsenic and lime juice to bring out the pattern.

The blades are often undulating, each bend is counted as a luk. Various shapes were known, called dapur.v

Each keris was made by an empu who was both smith and a spiritual mentor. He would forge the keris that perfectly suited the owner's personality and ambitions. 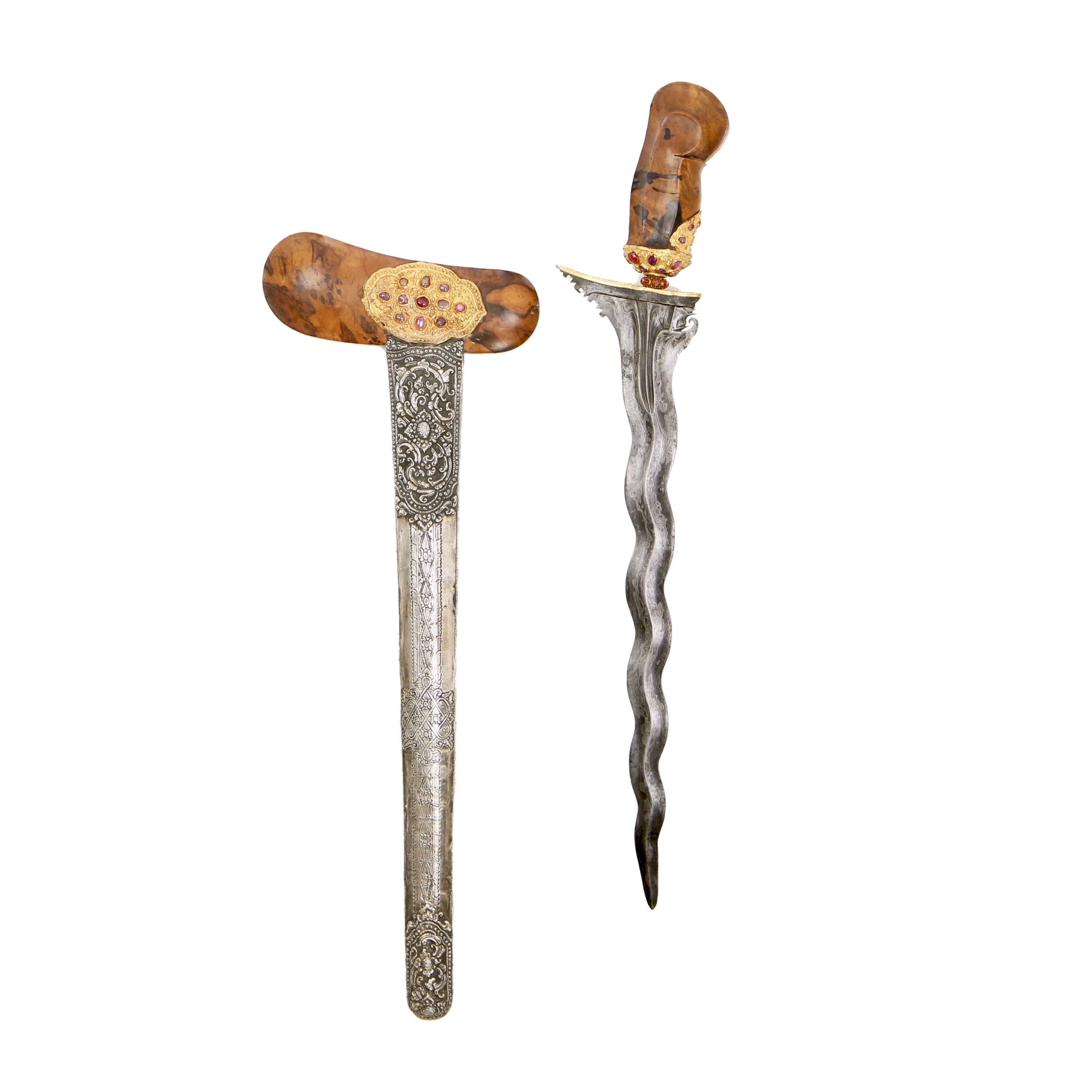 A Balinese keris.
Sold by Mandarin Mansion in 2018.

The keris has been endowed great spiritual power, with some pamor being thought to be more powerful than others. It is thought that when someone obtains a keris that is not for them or mistreats a keris, terrible things can happen to the person's health, even death.

I'm a person of science and tend to take legend with a healthy grain of salt. Considering that most keris were finished and "washed" with arsenic, and Indonesians customarily eat with their hands, it is easy to imagine how these stories came to being.

An excellent introduction to the keris is David van Duuren; The Kris, An earthly approach to a cosmic symbol. Pictures Publishers, Wijk en Aalburg, the Netherlands, 1998.

An important classic is Isaäc Groneman, The Javanese Kris. C. Zwartenkot Art Books, Leiden. 2009. An English translation of Der Kris der Javaner, a series of articles written by Groneman between 1910-1913 for the Internationales Archiv für Ethnographie.