Jiǎn (鐧) is used to describe a type of heavy bar mace with a smooth rod. This rod can be round or angular in cross-section. Square cross-section bar-maces often have a groove on each flat, or hollow-ground facets. Jiǎn are usually made of iron, called tiějiǎn (鐵鐧) or "iron mace".

Much rarer but sometimes encountered are bronze versions called tóngjiǎn (銅鐧) or "bronze mace". The term appears in a Kangxi period 1704 Chinese-Manchu dictionary.

Jiǎn appear in military treatises of the Song and Ming but are not mentioned in a military context anymore during the Qing. They were probably used solely in a civilian role by this time. Many are fairly short, probably used as batons by bodyguards and escorts.

A large Chinese tiějiǎn (鐵鐧) or "iron mace".
Sold by Mandarin Mansion in 2017, now in a private collection. 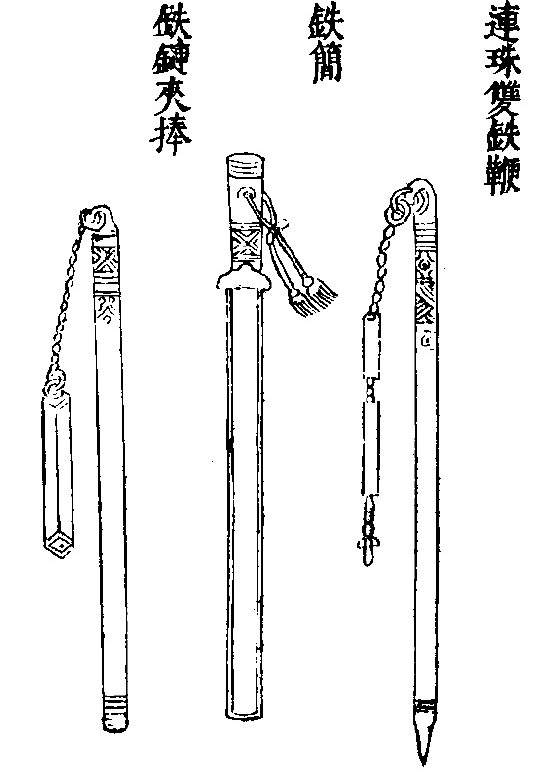 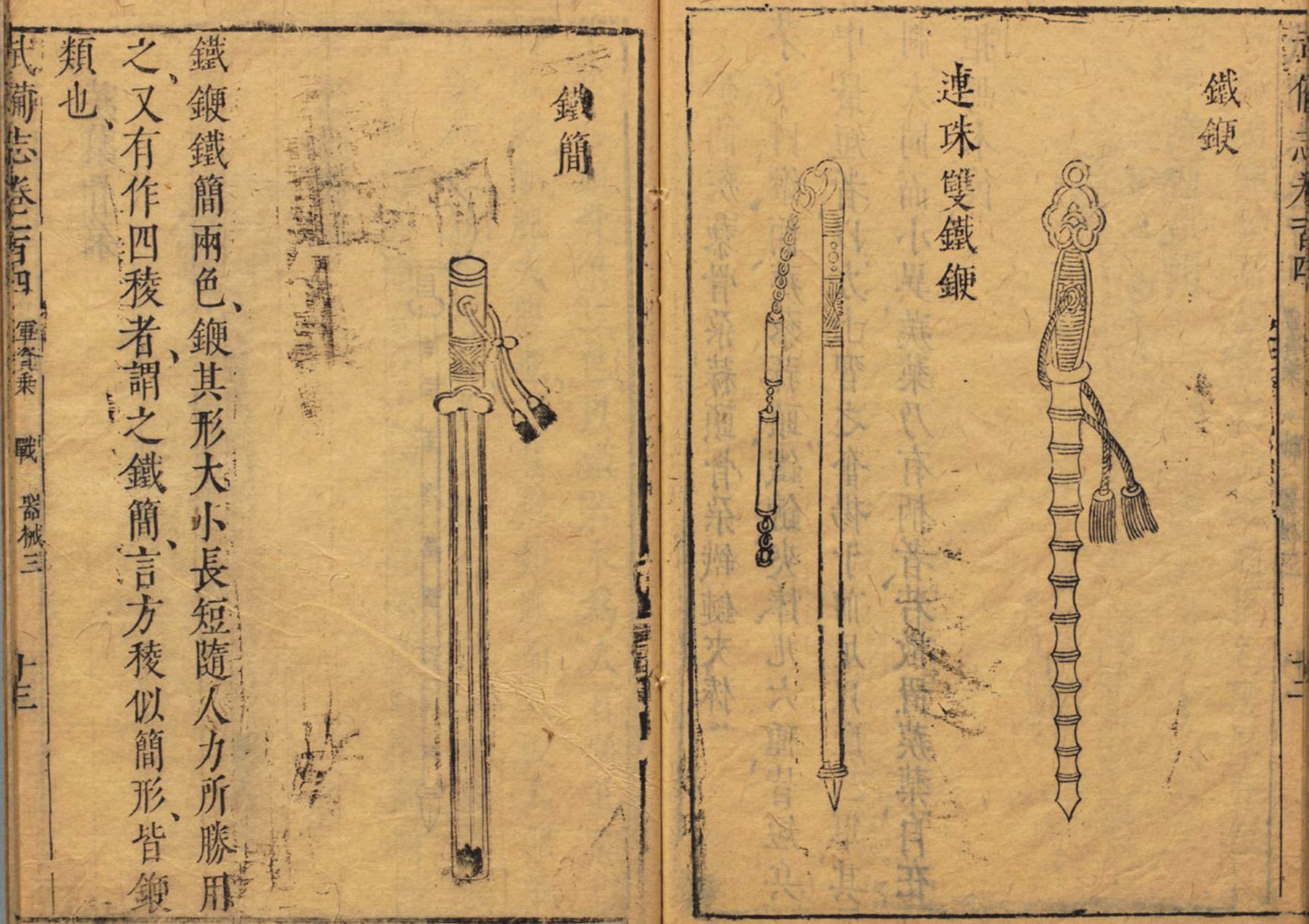 A tiějiǎn (left) in the Ming dynasty Wǔbèi Zhì of 1621.
(Clearly the woodblock is a copy of the Song version.) 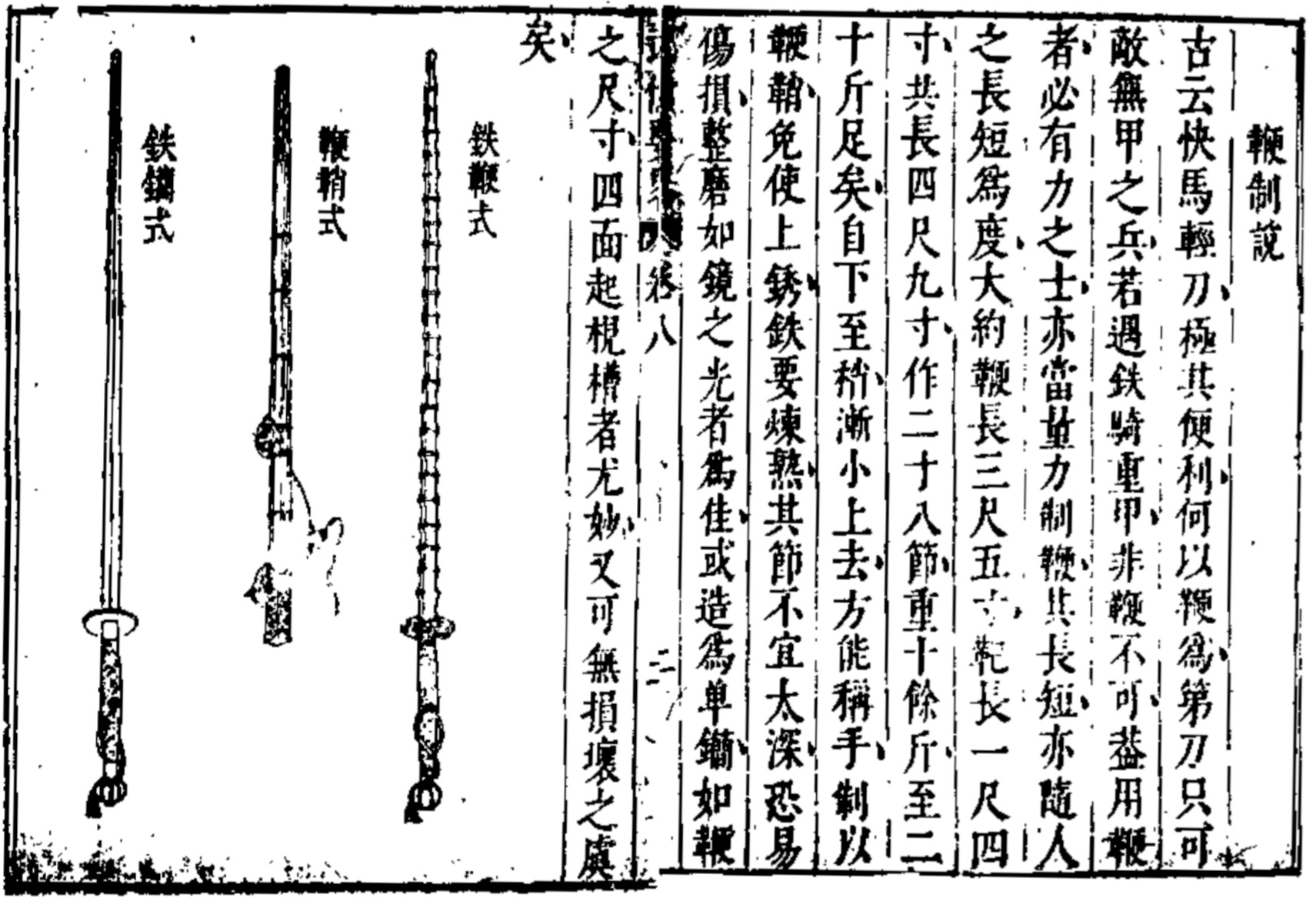 Wǔjīng Zǒngyāo (武經總要) or "Complete Essentials for the Military Classics", compiled during the Northern Song dynasty by Zeng Gongliang between 1040-1044.

Tóngwén Guǎnghuì Quánshū (同文廣彙全書) or "Enlarged and complete dictionary" of 1704. A Qing imperial dictionary in Chinese and Manchu, each entry double-checked and approved by the Kangxi emperor.