Huāwéngāng (花文鋼) literally means "flower pattern steel". It is used to describe a type of pattern welding known in English as twist-core. It is accomplished by making bars of steel that are a laminate of alternating alloys, twisting them into rods, and forge-welding them together to create rows of the twisted pattern. The rods were often ground down, and different patterns were achieved depending on the amount of twist and the depth of the grinding. In bladesmithing, the bars can be either ground down before welding them together to make a blade, or sometimes they are first welded together and then ground down. The former creates a fairly straight line between the rods, the latter creates a more irregular demarcation between the rods.

A Chinese saber with huāwéngāng blade consisting of four rows, indicating that its construction consists of four bars that were twisted, ground down, and welded together.

The extra labor involved is considerable. In normal Chinese and Japanese bladesmithing the smith typically produced a billet with an inserted high-carbon plate to form the harder edge. It was then hammered out to sword shape. A twist-core saber cannot be hammered out as much because the pattern would distort. So to make a fine twist-core patterned sword, the smith needs to make a billet that is already the size of the final result, and then grind it down. Producing the twist-core billet was a lot of work. Welding them together required a large oven to heat the long rods in order to connect them. In an age before power tools, the extensive grinding was another very laborious task.

As a result, huāwéngāng Chinese swords are among the rarest and most sought-after. One typically only finds that kind of steel on some of the best Chinese swords. 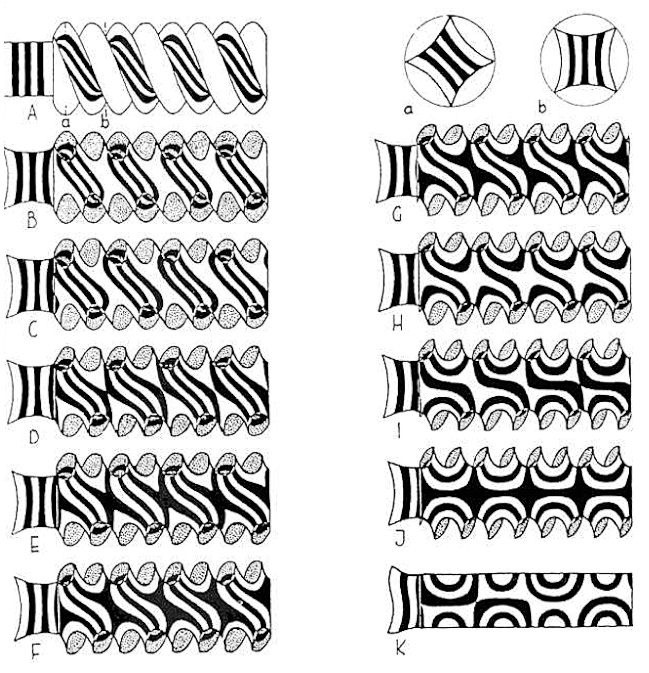 Schematics drawn by Jaap Ypey, a prominent Dutch sword researcher.
A-F shows the variation in pattern caused by increased amount of twist of the bar.
F-J shows how the pattern comes out after grinding more and more.
J is ground to the center of the bar, where the middle layers is now fully exposed.
K shows an alternative pattern if the layers in the initial bar were not flat to begin with. 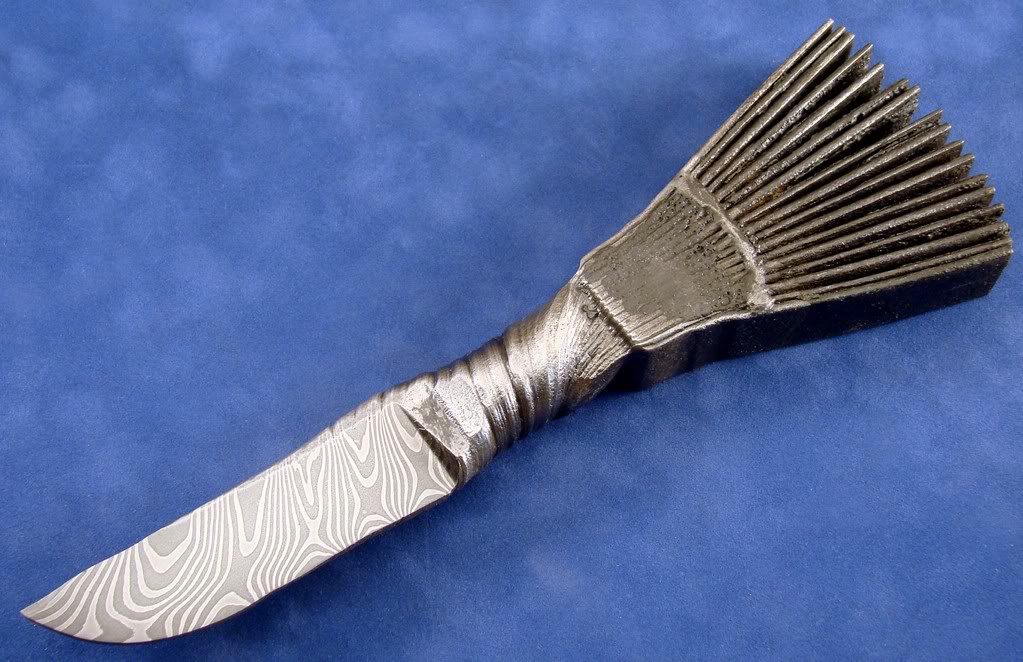 Here some antique Chinese sabers I've had over the years with huāwéngāng blades.

A Chinese saber of the 17th century with U-turn grooves and chiseled tunkou, exibiting a fine twist-core pattern.

A Chinese saber of the 19th-century of rare yanchidao form.
This piece has twist-core on one side, and a Tibetan style hairpin forge on the other. 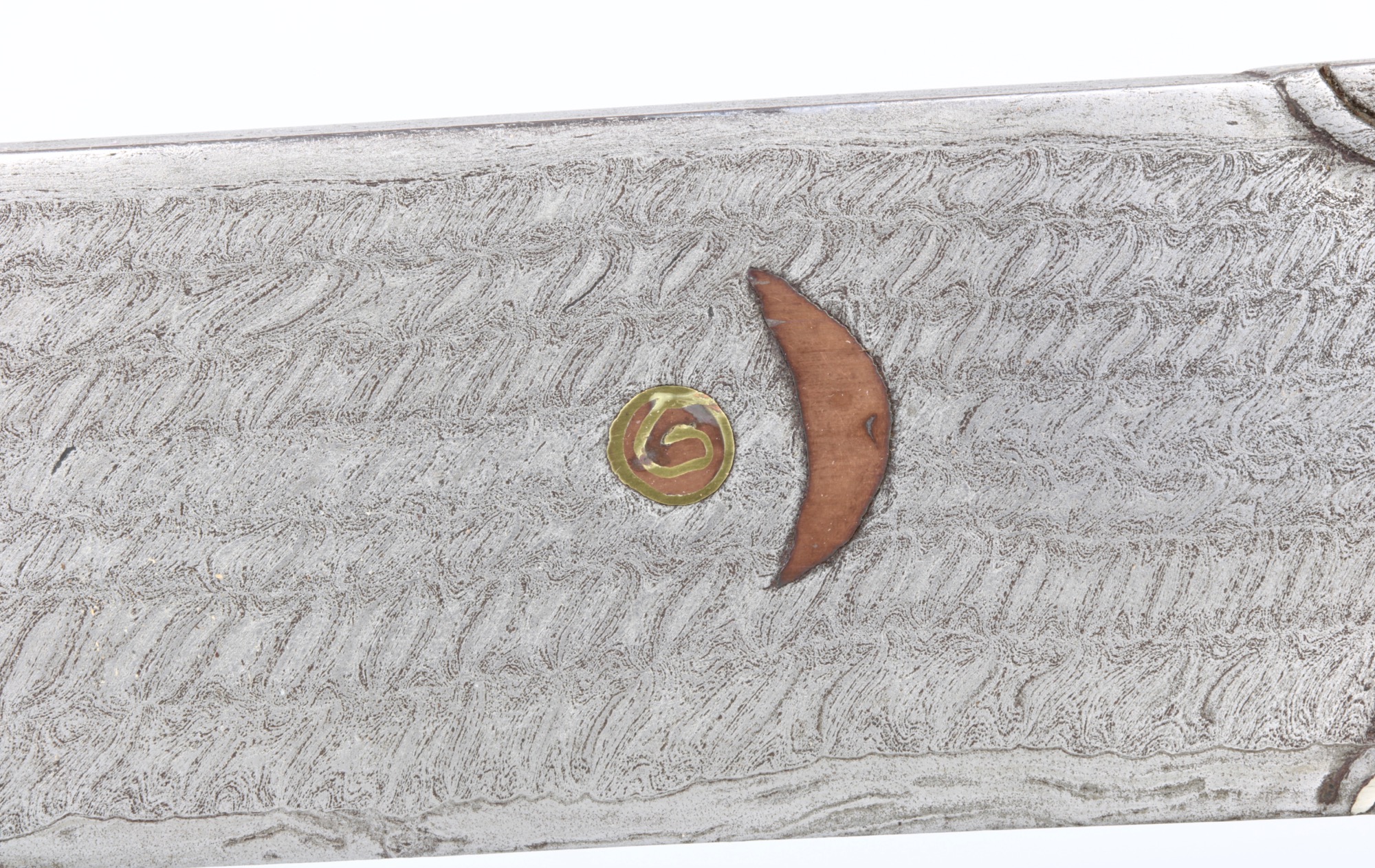 A tour de force in bladesmithing on a very large 18th-century Chinese presentation saber. It shows a seven-row twist-core pattern on either side of a high-carbon steel plate that is exposed at edge and back. It's not just scaled up, it is also forged many times finer than most. Notice how there is no stretching in the twisted pattern, indicating that this saber was created using a life-sized billet with minimal hammering and maximum grinding. Welding the many rods together on such a long piece was incredibly difficult because temperature control had to be precise throughout.

In Manchu
To the Manchus, the pattern resembled a series of small birds. They called such sabers: ilha cecikengge loho or "bird pattern saber".