Possibly derived off the Hindi haikal, meaning "an amulet with magic figures".

The term is somewhat puzzling, because although I am used to seeing decoration that could be described as "a succession of hooks" on khukurī in the silverwork or on the scabbard's embroidery, it's not the typical work I associate with the hilts.

Khukurī hilts often have a small engraved ornamental band in the center, which is usually either geometric or floral in nature.

Typical floral decoration on a khukurī hilt.
Are these the "hooks" Sir Ralph Lilley Turner is referring to?

Iron hilt with silver overlay, as found on a small group of high-end khukurī of the 19th century.
Although mostly floral, one could say the forms are a bit like hooks.

Work in the form of hooks on other parts

On the antique khukurī I've studied so far, there are indeed some patterns that are best described as a succession of hooks, but I've not found them on the handle yet. 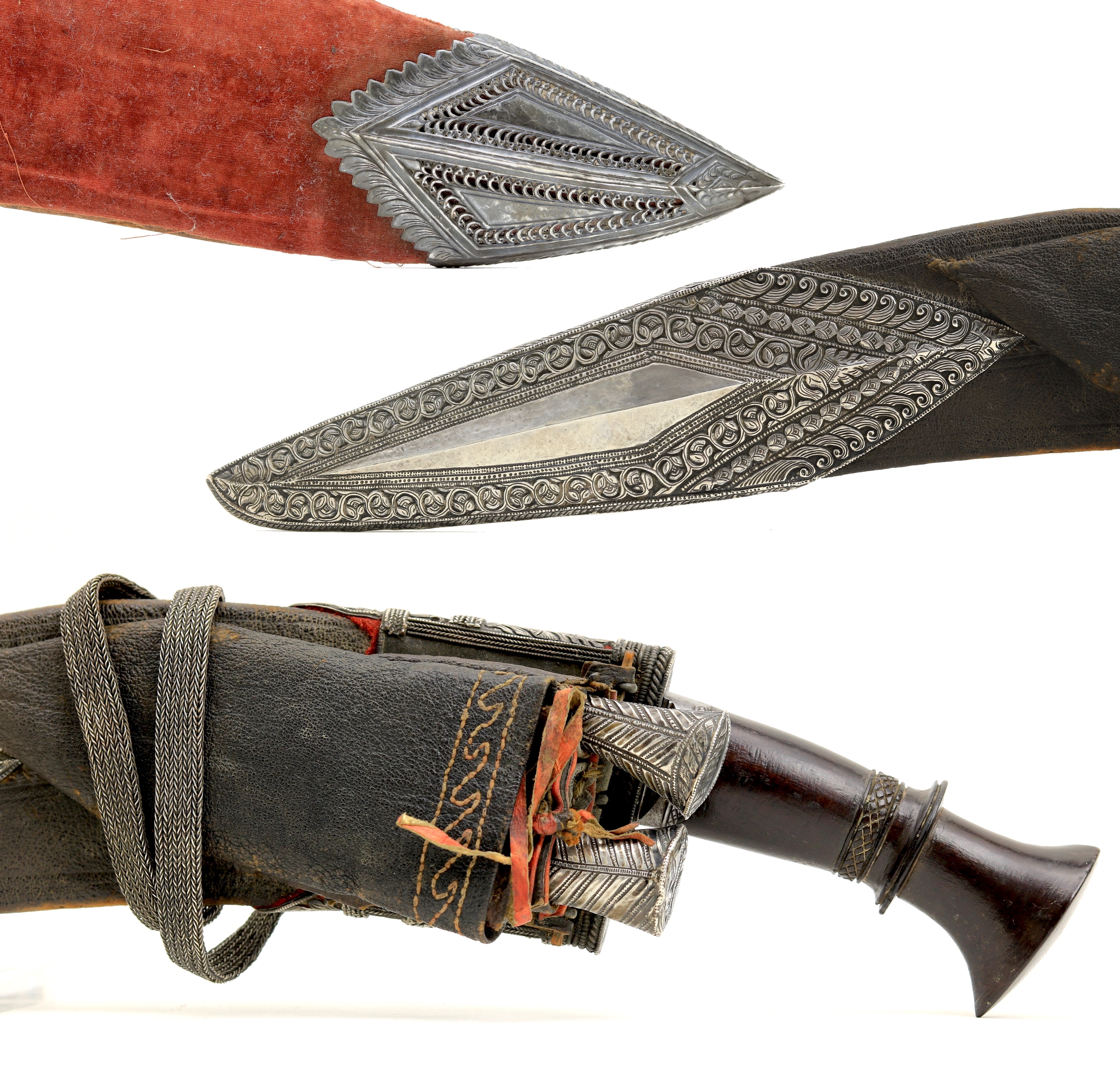 Some ornamentation on other parts of the khukurī that could be described as a succession of hooks.

Given the fact that buṭṭā (बुट्टा) can mean embroidery and openwork, it stands to reason that the above instances of work resembling a succession of hooks can also be called haikale buṭṭā (हैकले बुट्टा).