A Vietnamese two-handed saber with iron guard. The other fittings are, curiously, of lead.
Sold by Mandarin Mansion in 2017.

In the Nguyễn dynasty, large ceremonial examples were worn during official assemblies. From old photos, it is easy to assume these are real sabers, but extant examples suggest that many were made entirely of wood.1 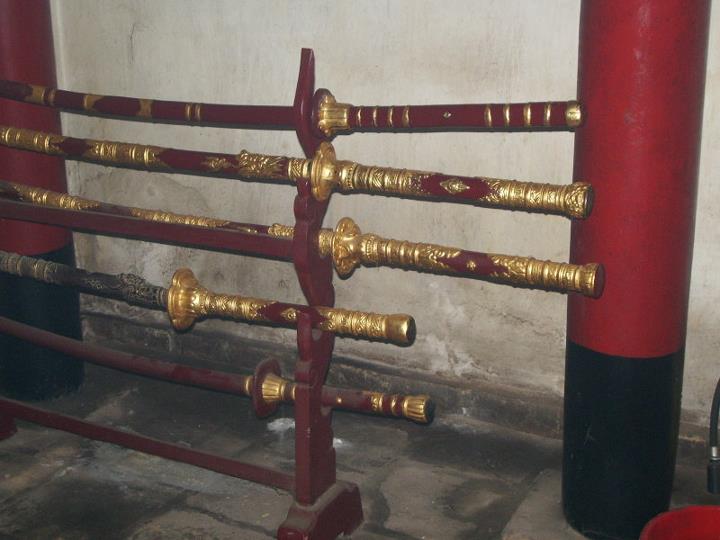 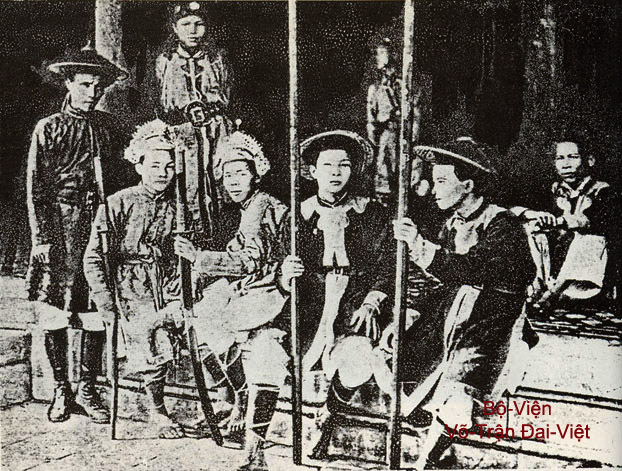 Of an all-wooden construction, simulating a sheathed long saber.