Gōng nǎo (弓腦) literally means "bow brain". It is the part that connects the working limb to the ear.

In English, also called "bow knee". The gōng nǎo was often a separate piece of wood that was spliced into the core of the working limb on one side and spliced into the ear on the other. In some cases, the "ear" and "brain" were made of a single piece that was heavily reinforced with sinew.

It is the brain that forms the first rigid section on the end of a composite bow's working limb, and creates the bend on which the ear is placed. 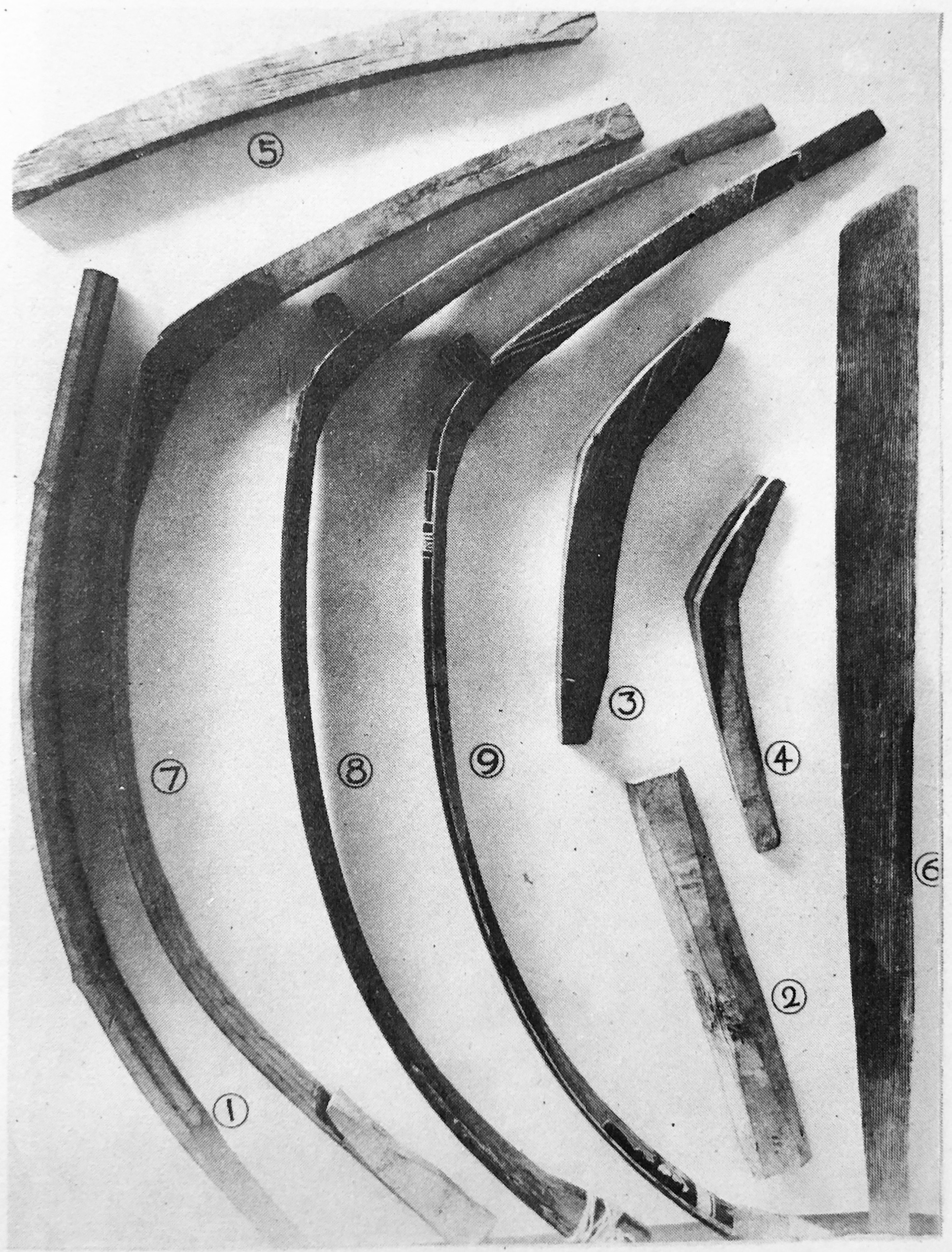 Parts from several stages of the bow making process.
3 and 4 are unfiished "brains".

The above plate if from: Tan Danjiong's (T'an Tan-Chiung) "Investigative Report on Bow and Arrow Manufacture in Chengdu" published in Academia Sinica Language and History Review, Taipei, 1951, and then again by the Society of Archer-Antiquaries in 1984. 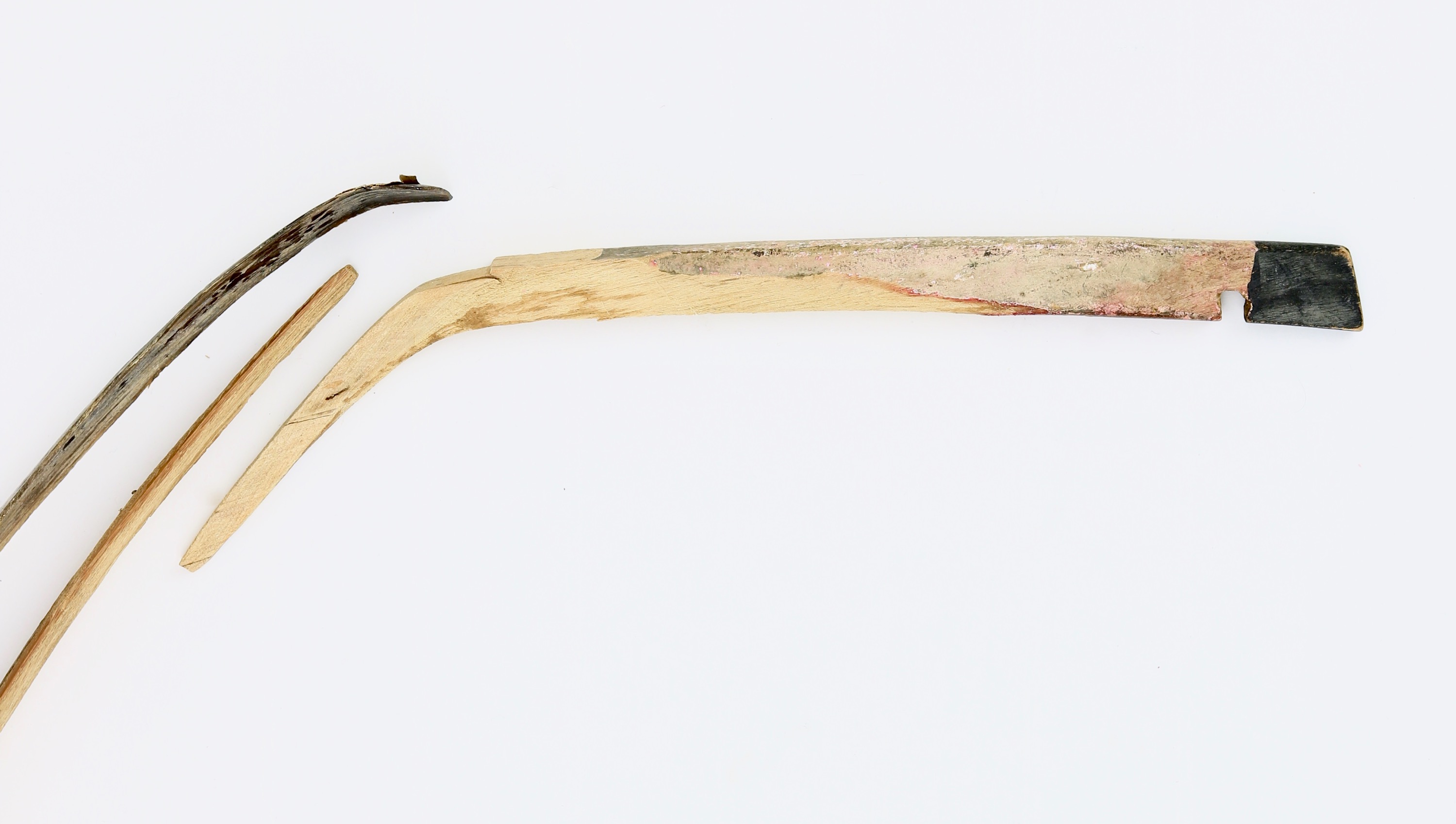 A bow ear where the nǎo and shāo are made into one piece.