The dpa'dam (དཔའ་དམ་) is the long sword of the Tibetan cultural sphere.1 Alternatively, it can be spelled pa tam (པ་ཏམ་) under which it is found in a Qing multi-language dictionary of 1766.2 The Chinese equivalent given here is yāodāo (腰刀) or "waist sword", and loho in Manchu.

It is of somewhat archaic form; straight single-edged with back and edge running parallel until the oblique tip. The scabbard is often made with an iron U shaped frame that holds two wooden plates. 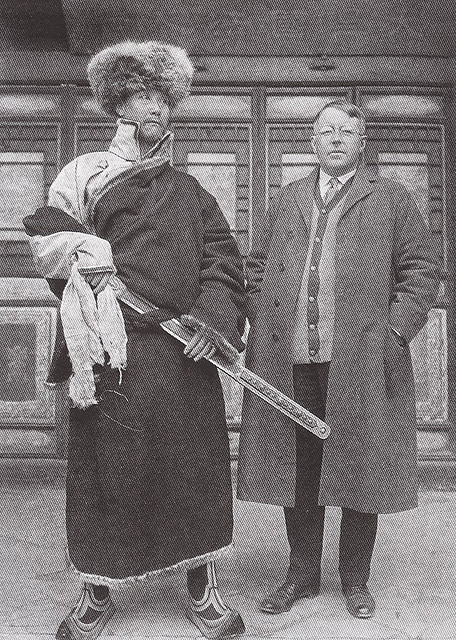 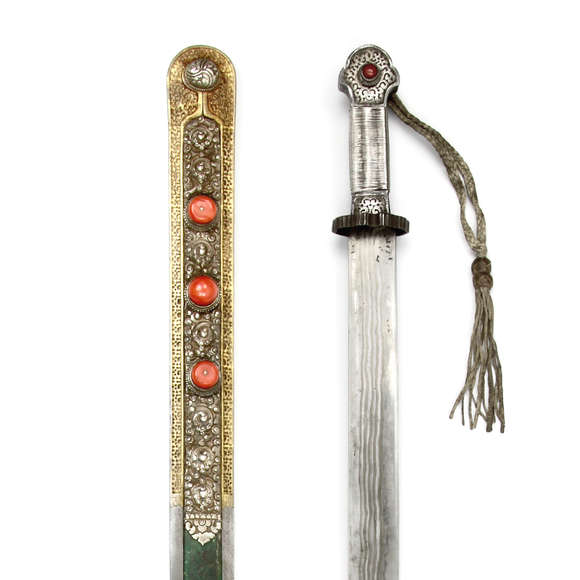 A very good example of a Tibetan dpa'dam in its archetypical form.