Because the term turned up in a section describing the yāodāo (腰刀), I chose to translate dāo as saber in this case. Logically speaking, dāo shàng xiù could of course be applied to describe a rusty surface on any other kind of dāo.

A rusty Chinese saber. It was found in a barn in Belgium, neglected for many years. 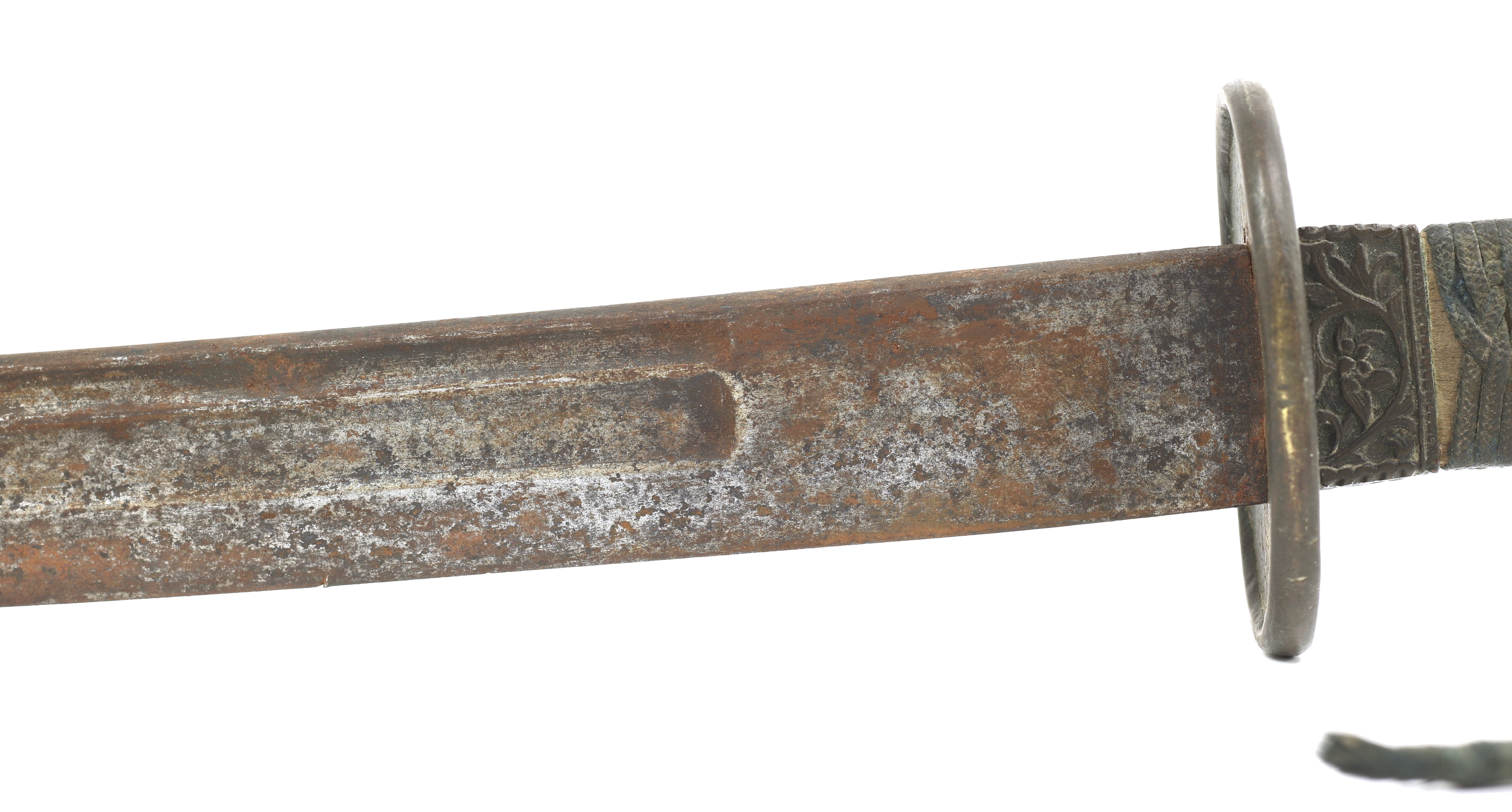 Close-up of the rusty blade.

Antique steel is not very homogenous in composition so it will always rust fairly irregularly like seen above. Always be wary when the rust on a supposed antique is too uniform. Also, bright red rust is recently formed and often a red flag. It is either a sign of very recent neglect, or worse, deliberately induced rust.

Getting rid of rust

First aid on a sword with newly formed rust: Rub the blade with the finest grade steel wool to get rid of the red particles. Usually, a dark brown or black stain is left. Oil the blade with magnolia or mineral oil to prevent further rusting.

Once the superficial rust is gone we can asses the quality and condition of the blade underneath. If it is a precious blade, you may want to have it polished or at least more thoroughly cleaned.

Do you have an old rusty sword? See Philip Tom's restoration page.