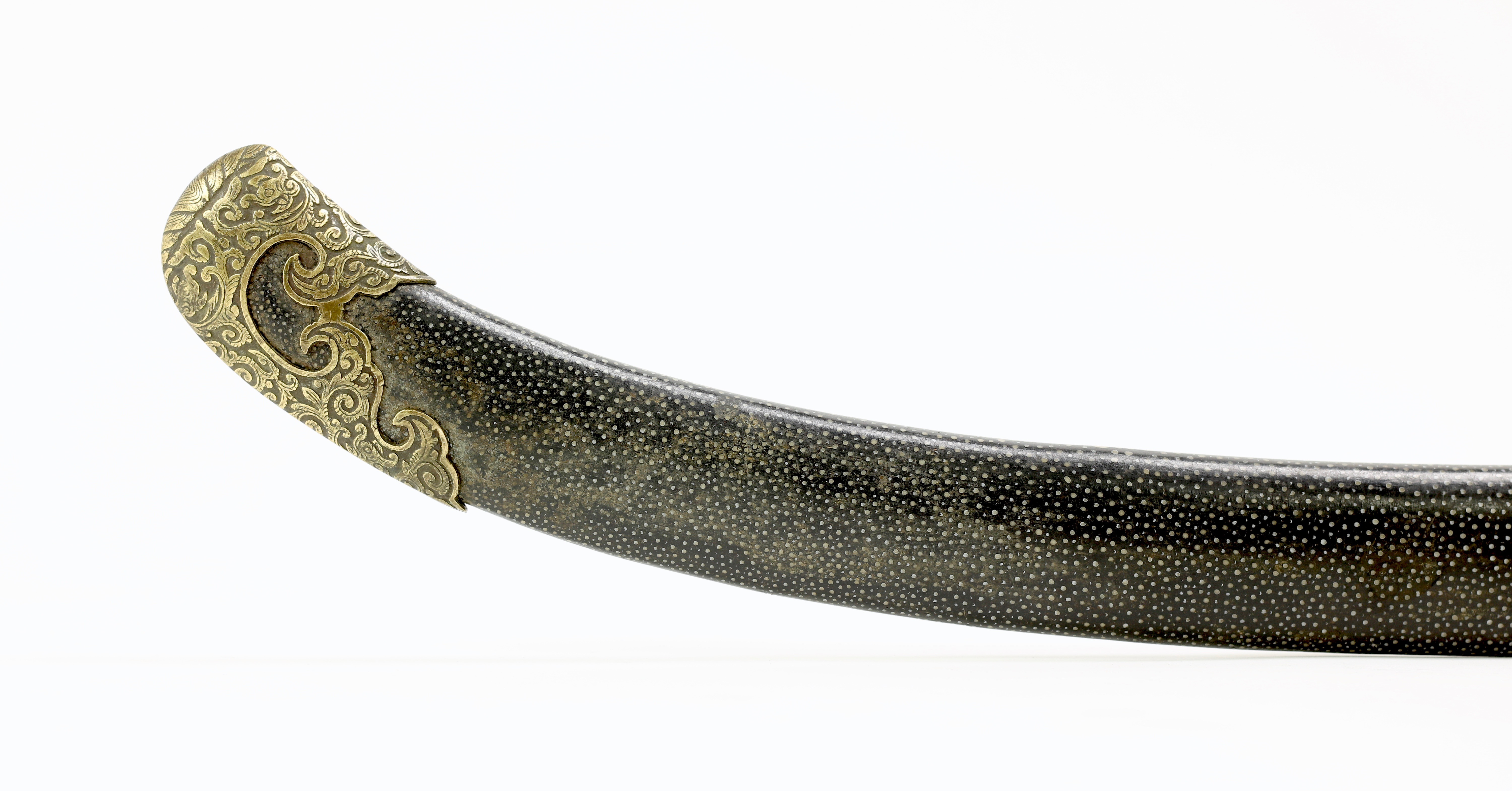 Round style scabbard endpiece on a southern Chinese saber.

A standard Qing military pattern saber of the mid 19th century, with its round style scabbard.
This endpiece would have been called dāo dǐ yún (刀底雲) "saber end cloud".

An 18th century military saber with its angular style scabbard.
This type would have simple been called and dāo dǐ gū (刀底箍 ) "saber end loop".

References
1. Tongwen Guanghui Quanshu (同文廣彙全書) or "Enlarged and complete dictionary" of 1702. A Qing imperial dictionary in Chinese and Manchu, each entry double-checked and approved by the Kangxi emperor.
2. Gongbu Junqi Zeli (工部軍器則例) or "Regulations and precedents on military equipment for the Board of Works" of 1815. A Qing imperial text dealing with the details of arms manufacture.