Churi chenm literally means "wavy pattern". It describes a certain type of Bhutanese sword (patag), referring to a triple "W" pattern on its silver-clad scabbard. The pattern resembles a splashing and meandering river. 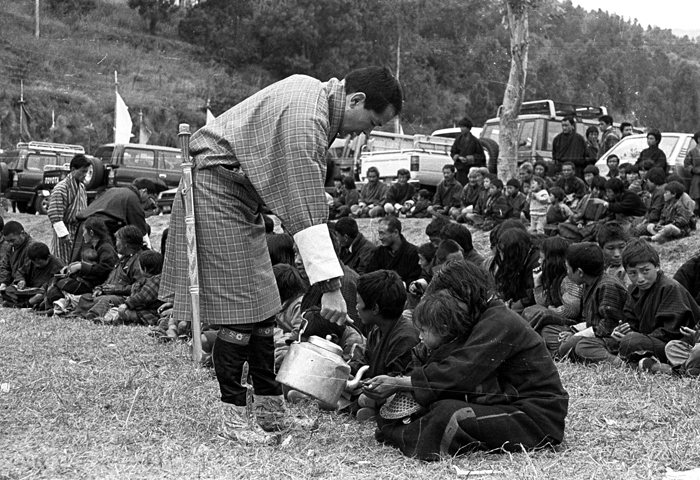 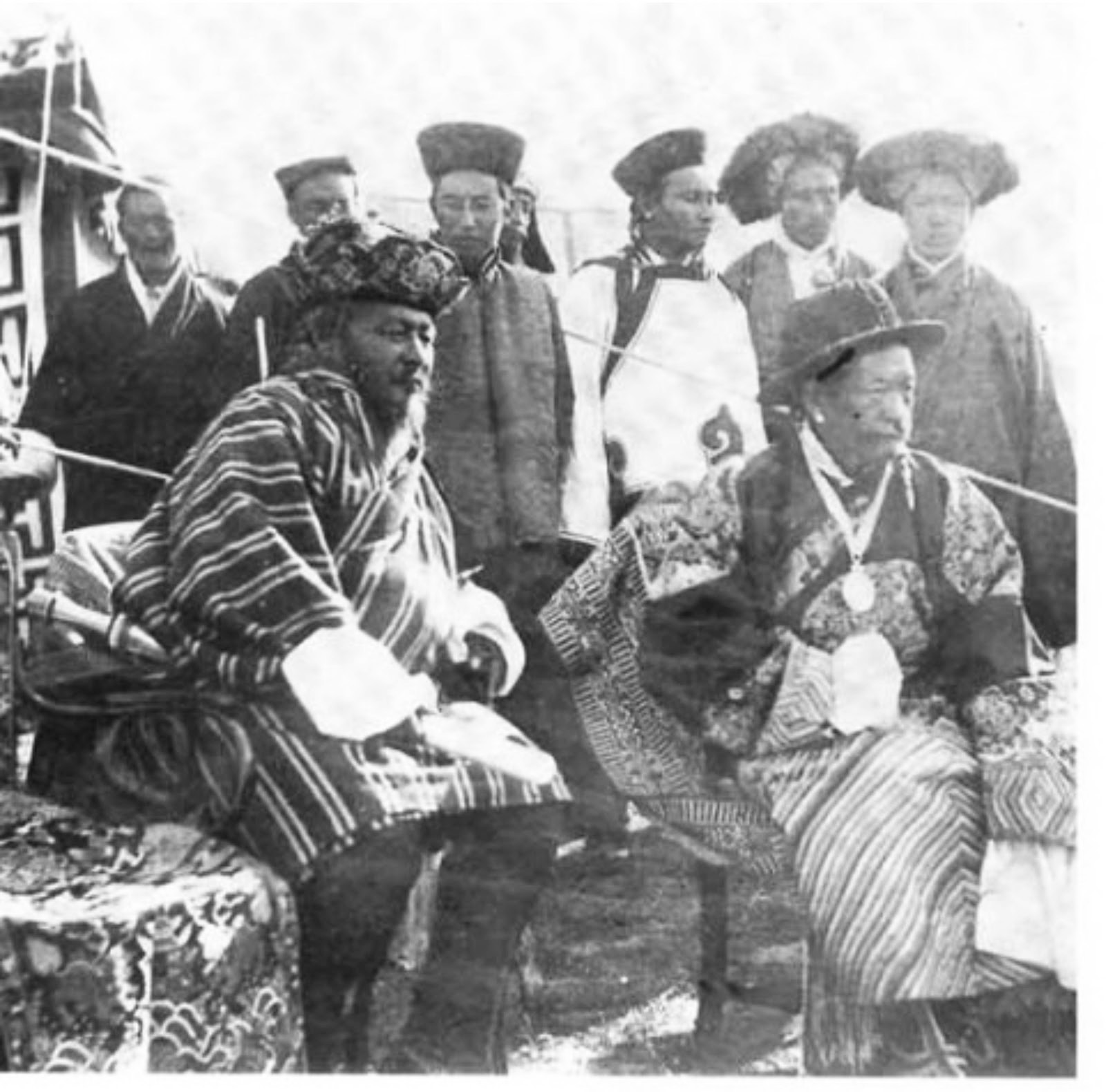 Sir Ugyen Wangchuck during the Younghusband expedition to Tibet in 1904, before he became a king.
He already carries a silver scabbard patag but unfortunately, the mid-section is obscured. 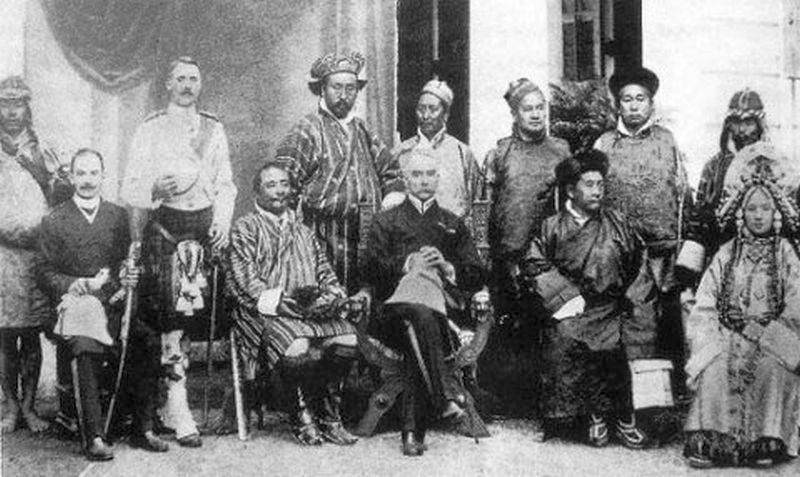 Sir Ugyen Wangchuck on a 1907 state visit to Calcutta. Next to him, in the middle of the picture, is Sir John Claude White. This may be the picture that Phuntsho Rapten is referring to, since it is the only one that does show the scabbard. I have not been able to find a higher resolution of this image to verify whether he is in fact wearing the churi chenm decorated patag