Cakmak (चक्मक्) is the Nepali word for a small knife-shaped fire and sharpening steel that was traditionally carried in the scabbard of a khukurī.1

Cakmak typically follow a similar construction as their parent khukurī, with wood, horn, bone, silver or ivory hilts and a metal bolster. For easy recognition when sheathed, the back of the hilt is often grooved or ribbed, in contrast to the smoother backs of the typical karda.

The blades are usually shaped like a straight knife, but sometimes also shaped like a khukurī profile. Contrary to the karda, blades on cakmak are typically dull. 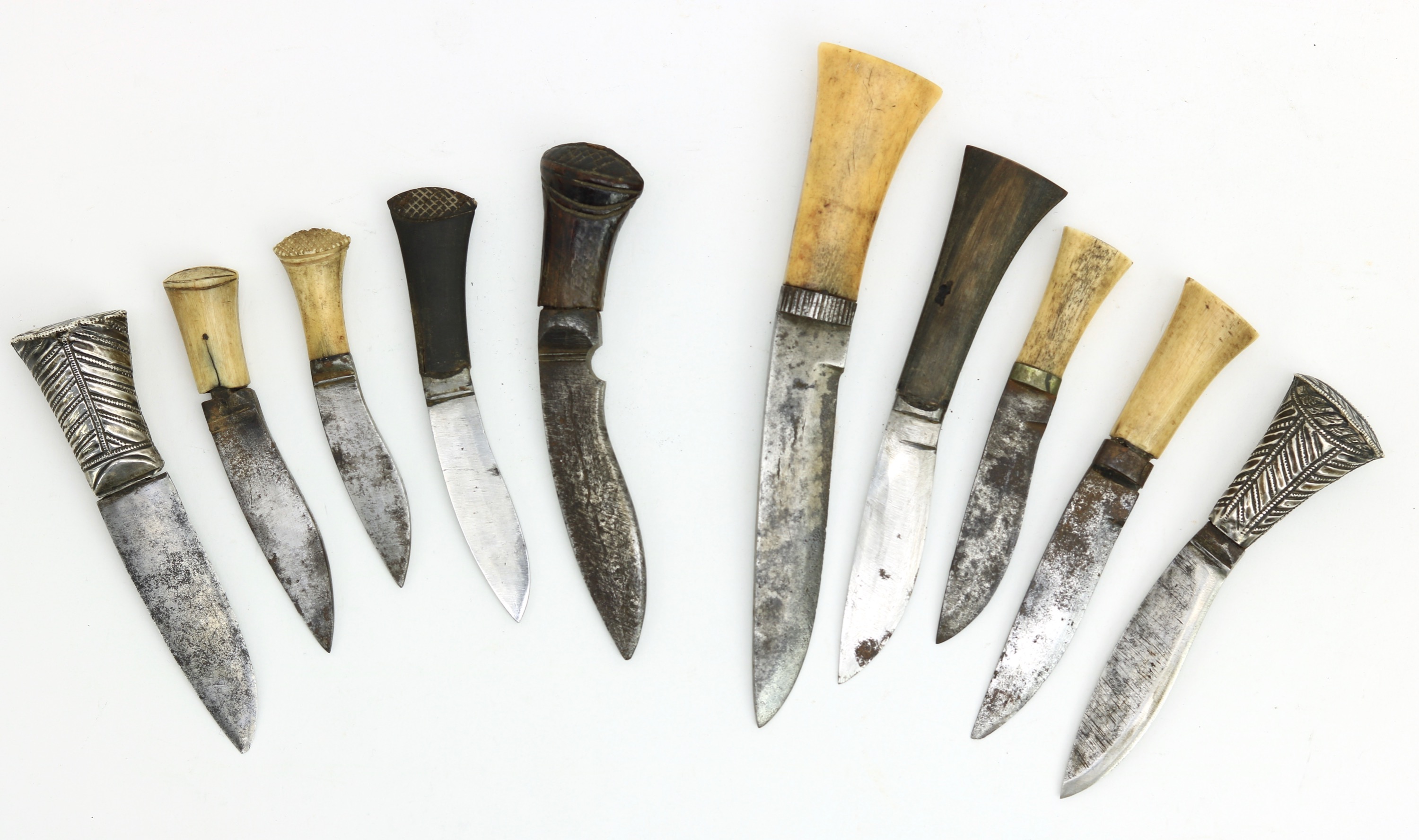 Left: Five cakmak, right: Five karda.
Notice the subtle differences at the pommel side and the absence of an edge bevel on the cakmak.

The worked pommel ends of cakmak.

The decoration helps differentiate them from the smooth-pommeled karda when sheathed.

Silver hilted karda and cakmak in the scabbard of a kothimora khukurī.
Sold by Mandarin Mansion in 2020.