Language: Chinese
Source: In common use

Bŭzi (補子) are silk embroidered badges that were worn by officials in the Ming and Qing dynasties. The officials were known in the west as Mandarins, probably derived off the latin mandare, which means "to command". These badges are usually square and are therefore also known as "mandarin squares" or "mandarin badges".

There were 9 ranks in total for each class, with each rank having two sub-grades, a and b. Each position in the Qing administration required a specific rank. 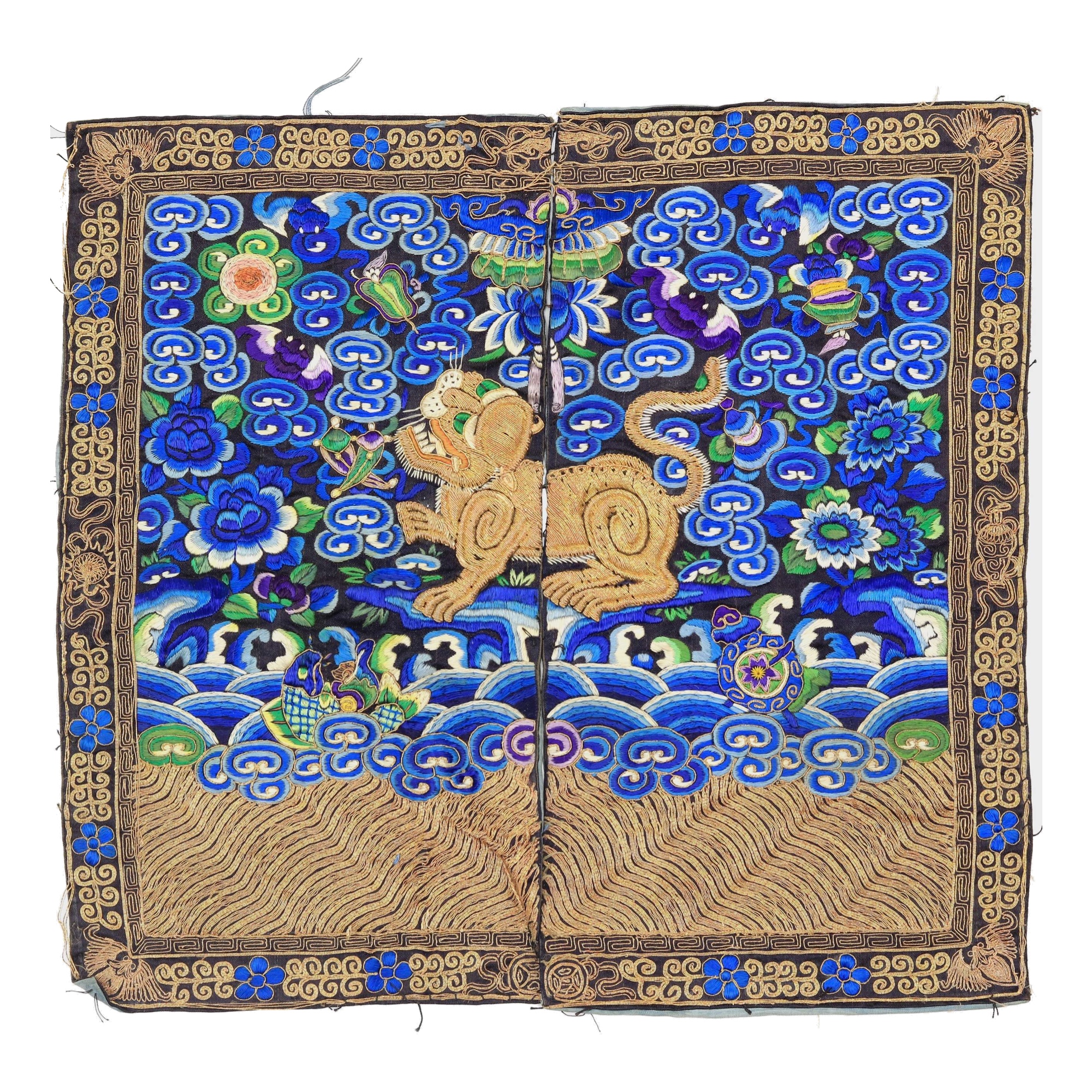 A Qing dynasty military rank badge with the golden cat, denominating the 6th rank.
Circa 1860-1898. Listed on mandarinmansion.com