Bichaq literally means "knife". In antique arms circles the term usually refers to a knife shaped somewhat like a yatağan, the sword with recurved blade that was carried by military men (infrantry) and wealthy civilians in the Ottoman empire.

Bichaq often come in a silver scabbard, usually with repousse work. Like the bigger yatağan, the bichaq also has a grip which is "eared". The grip is either made entirely of silver, of has scales of bone, ivory, horn, wood or precious stone. Many bear a date.

A nice example of an Ottoman bichaq with silver niello mounts and golden inscriptions to the blade.
It bears inscription dating it to Hijri 1290, (1873/74 A.D.) and the maker's name Mustafa. 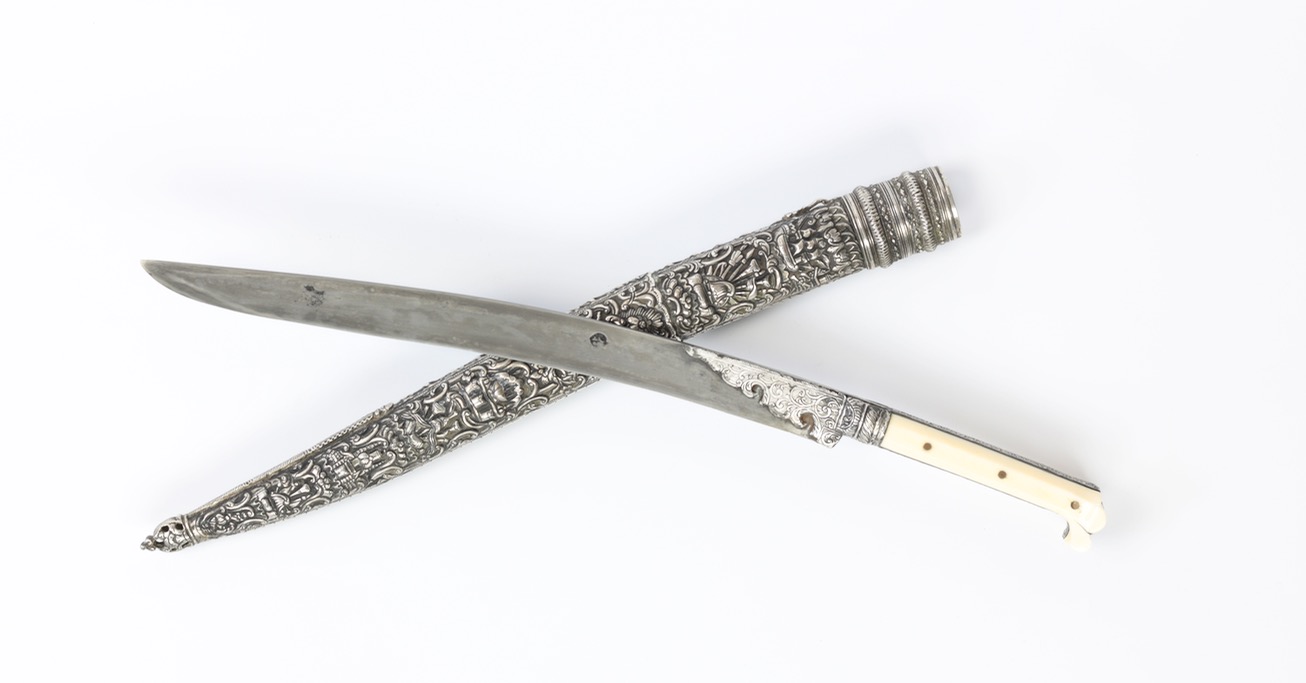 An Ottoman Balkan bichaq with silver scabbard and bone grip scales.
This piece bears a date 1227, corresponding to 1811-12 A.D.