In the realm of arms and armor, běidǒu is commonly encountered on sword blades, often in the form of seven brass plugs that are inserted into the blade, sometimes with lines connecting them.

This is most often seen on Chinese straightswords, called "seven stars jian" by collectors but they also appear on yǎnyuèdāo (偃月刀), and, more rarely, saber blades and spearheads. The motif is also common on the straightswords of Korea and Vietnam.

A typical "seven stars jian" with seven brass dots inlaid in the blade.
Now largely worn, showing the method by which they were once inserted.

A rare occurrence of the Big Dipper on a Chinese spearhead.
Ming or Qing dynasty. (Personal collection.)

A rare type of saber with Seven Stars. Photographed when I still had much to learn.
Sold by Mandarin Mansion in 2011.

The Big Dipper is seen as the throne of Shàngdì (上帝), the "Supreme Deity" in ancient Chinese religion from the Shang dynasty to later Daoism. It was customarily worshipped in the 14th or 15th day of the 8th month.1

In Daoism, the Big Dipper has four major roles:
1. The Dipper indicates the proper orientation for performing meditation or rituals through the apparent movement of its “handle” through the year.
2. The Dipper was believed to have strong exorcistic powers as a divinity of the North and of the underworld. In Daoistic Thunder Rituals (leifa), the thunder is summoned from the direction to which the Dipper points (called the Gate of the Vital Force, mingmen) in order to expel demons.
3. The Dipper is the recipient of invocations to ask forgiveness for one’s sins and to have one’s name erased from the sǐjí or "registers of death" (死籍).
4., The Dipper opens the way to heaven (its seventh star is called Tiānguān 天關 or Heavenly Pass) in both meditation and ritual.2

The Dipper, therefore, has a double nature: it is linked with life and death and is associated with the idea of passage. It also divides good from evil and grants punishments and rewards. All the symbols that represent the connection between unity and multiplicity are closely related to it. 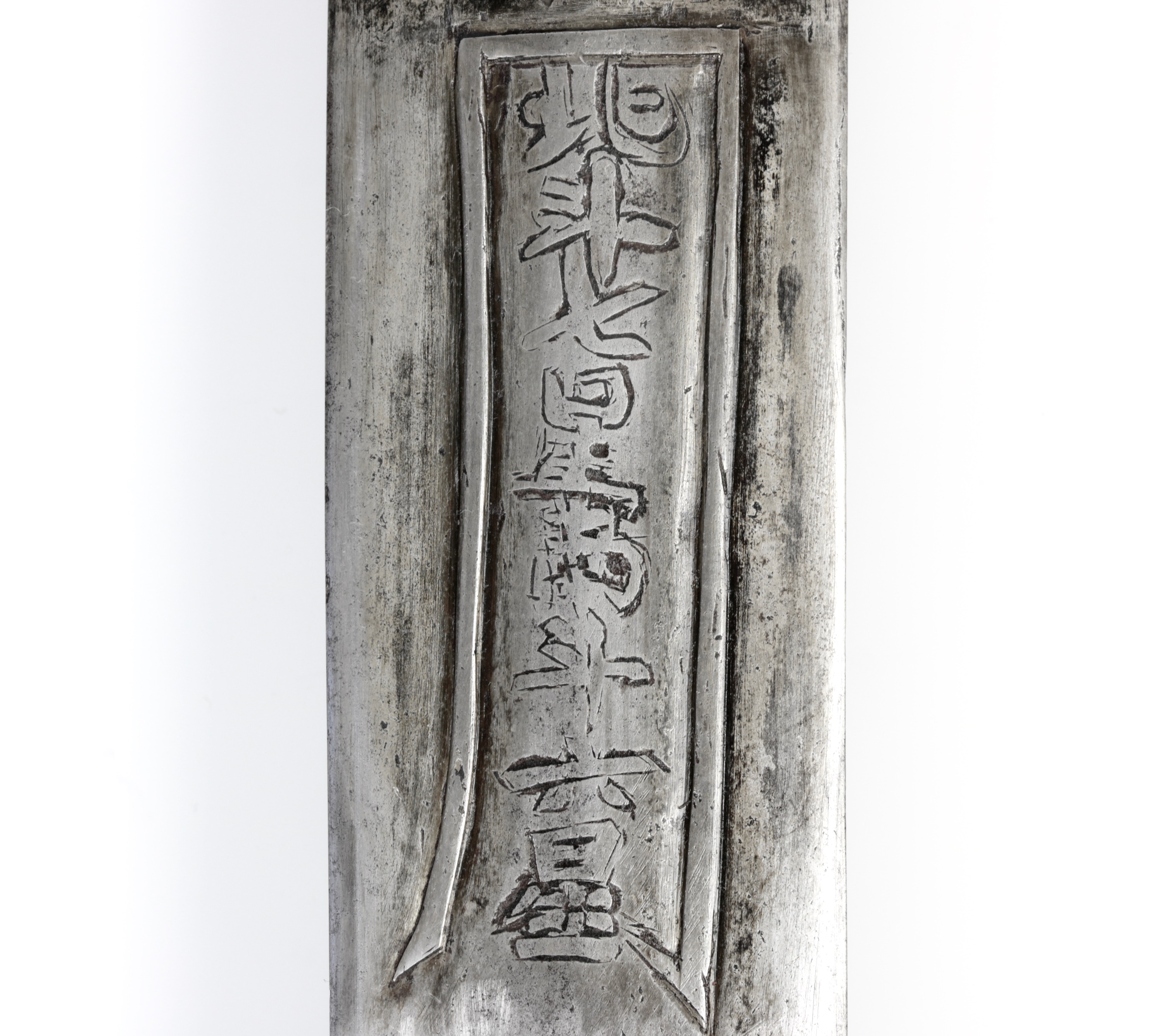 A rare inscription referring to the Big Dipper in text on a large Daoist jian.
Sold by Mandarin Mansion in 2017.

Chiseled in the blade is “勅今” which could either mean "imperial order" or "Daoist magic command".

In the bracket are: "北斗七星南斗六星", or literally "Big Dipper and South Douliou Star", the latter is a Chinese constellation of six stars seen in the constellation we call Saggitarius in the English speaking world. The guard resembles Taoist lotus-shaped candle offerings, and was probably related to Daoist practice. 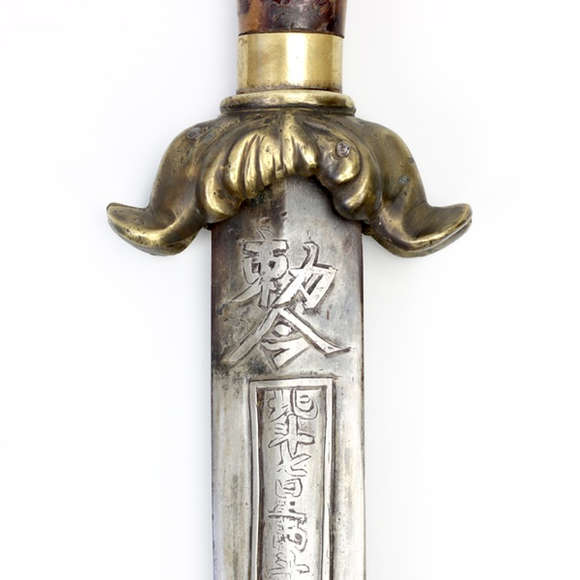 Chiseled in the blade is “勅今” which could either mean "imperial order" or "Daoist magic command".