Bedor is an old Javanese word for a type of arrow with a large spearhead shaped arrowhead.

These are the bow and arrow (gendewa / pana) which are seldom used in modern times except on state occasions.

The arrows termed chákra, paspáti, trisúla, waráyang, diwál, róda dedáli, and others of a similar form, as well as the clubs called indán, gáda, and dénda, are represented as the weapons used by the gods, demigods, and heroes of antiquity, and are constantly referred to in the mythological and historical romances of the Javans, and exhibited in their scenic and dramatic entertainments.1 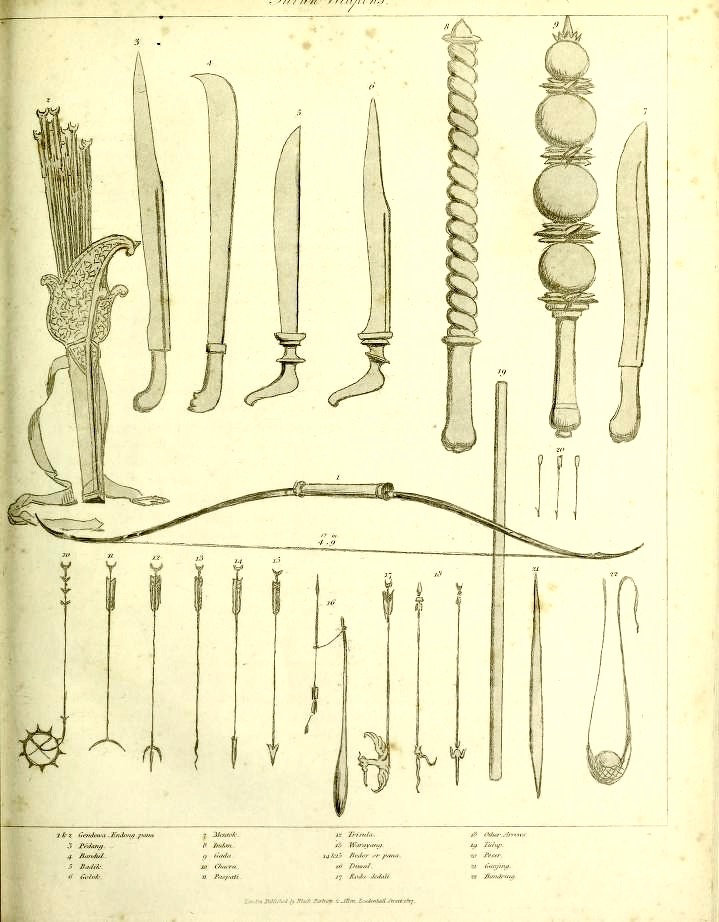 Illustration of Indonesian archery equipment.
The fifth and sixth from the left are described as bedor or pana.
Raffles, 1817. 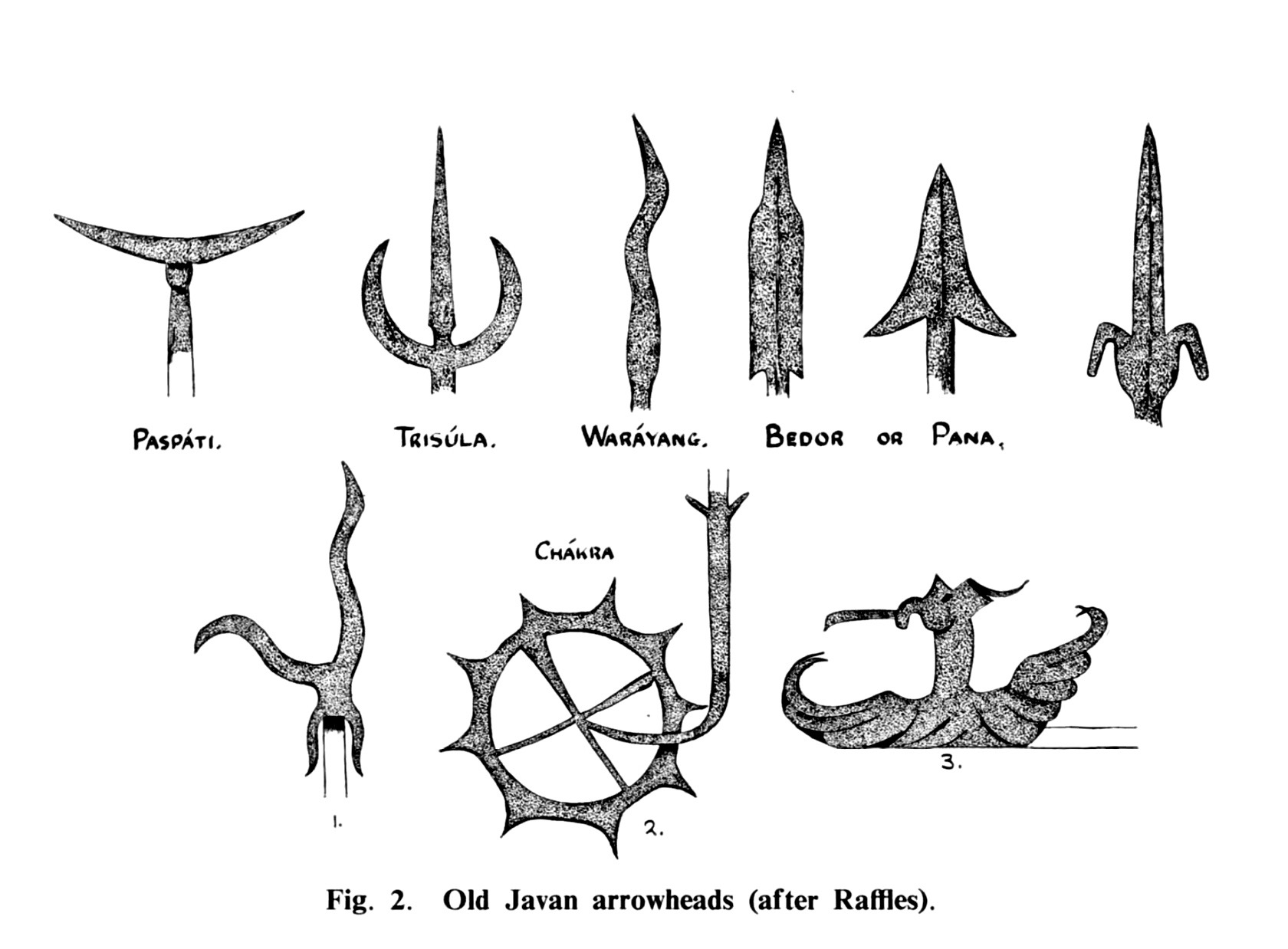 Clearer drawings by Doug Elmy 1971, based on Raffles.

Doug Elmy; Javan Archery. Journal of the Society of Archer-Antiquaries 14, 1971.

Wolfgang Barti; A Javanese bow and arrows. Journal of the Society of Archer-Antiquaries 1998. Pages 57-58.