A ban is the national sword of the Kingdom of Sikkim, a monarchy in the eastern Himalayas, founded in 1642. It became a princely state of India in 1890. Its monarchy was abolished by referendum in 1975. It became an Indian protectorate in 1950, which it remains until today.

Sikkim's population consisted mainly of Lepchas (Indigenous Sikkimese) and Bhutia (Sikkimese of Tibetan ancestry). Their national sword was called ban by the Lepchas and chipsa by the Bhutia. It was an all-purpose tool, reportedly used as:

-Sir Joseph Dalton Hooker
Hooker was a botanist, adventurer, and close friend of Charles Darwin.
He traveled through the Himalayas and India between 1847–1851.

When holding a ban in one's hand, one can immediately understand how it did all of the above. They are heavy but well balanced for the cut and chop, while the thick spine may well work as a hammer. They were said to be worn on the left hip (native style), on the right hip (Bhutanese style) or diagonally in the front (Tibetan style), showing the cultures the Lepcha took influence from. 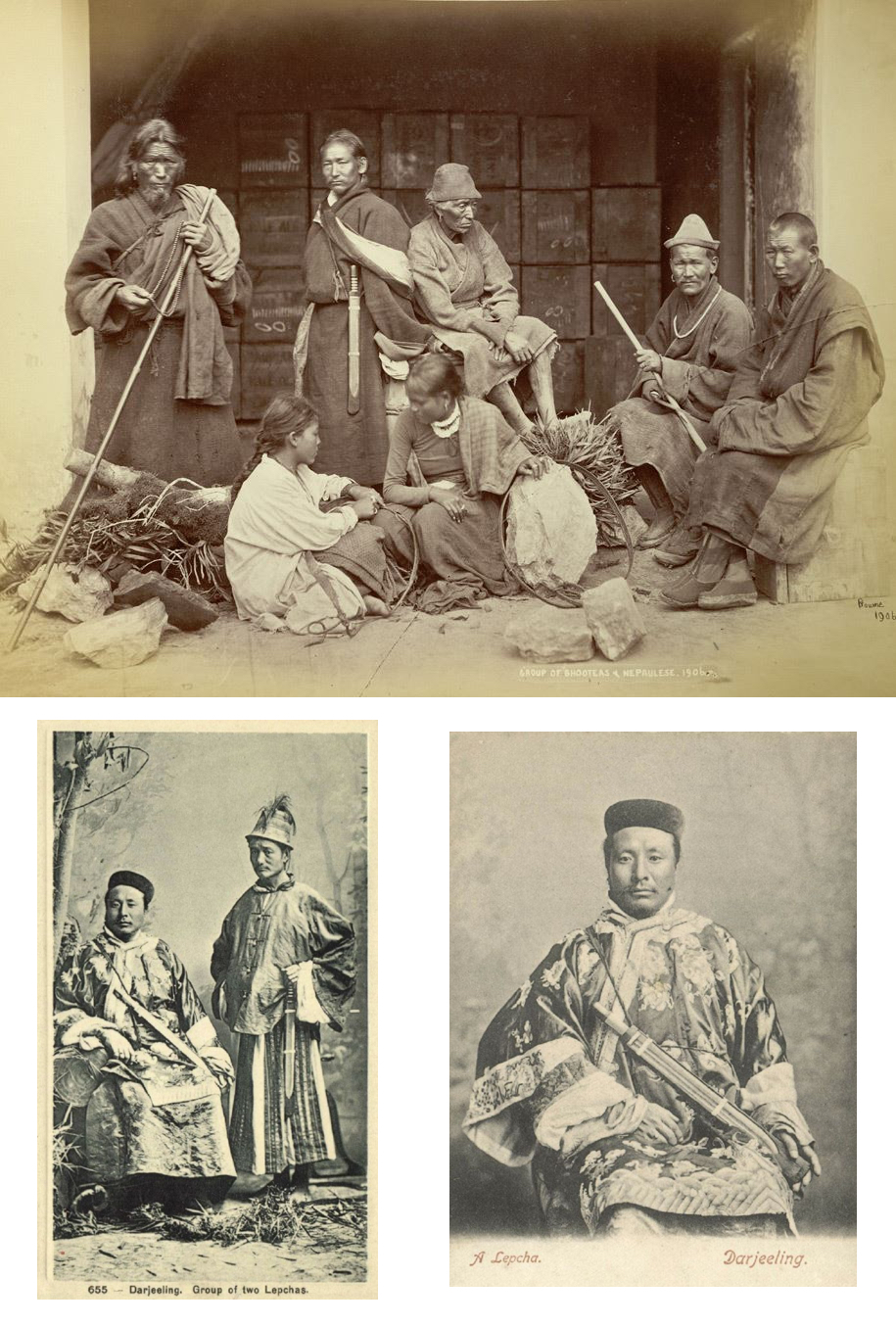 Some Sikkim Lepchas depicted with their swords on old 19th century postcards.

The blade of Sikkim ban are usually one of two types. When they have grooves, they often have two or three very wide and shallow grooves. In this case, the steel is usually some sort of imported monosteel. The other, most common type has a blade with flat sides and a wedged cross-section. These swords tend to be forged much like Tibetan swords, with so-called "hairpin laminations", but often finer than the Tibetan varieties are.

Blade of a Sikkim ban showing the hairpin style forged pattern in style of Tibetan swords, but with much finer lines. The dark band on the bottom half of the blade is the result of a differential heat treatment.