Báitóng (白銅), also known as baktong in the Cantonese dialect, is a an alloy of copper, nickel, and zinc that is thought to have been used by the Chinese as early as the 10th century A.D. Initially the alloy was found only in Yunnan.1

The Chinese have sold ingots of the material to the western world since 1597 until the latter figured out how to make it themselves in the 18th century.2

Today it is more commonly known as "German silver" as it were the Germans who first started to produce the alloy in commercial quantities. During the Qing, the export of the prized material was forbidden but was nevertheless smuggled plenty through maritime trade.

In the realm of arms and armor, báitóng is often used for mountings of knives and swords. It is most commonly used on trousse fittings, but also encountered on swords and sabers from time to time. 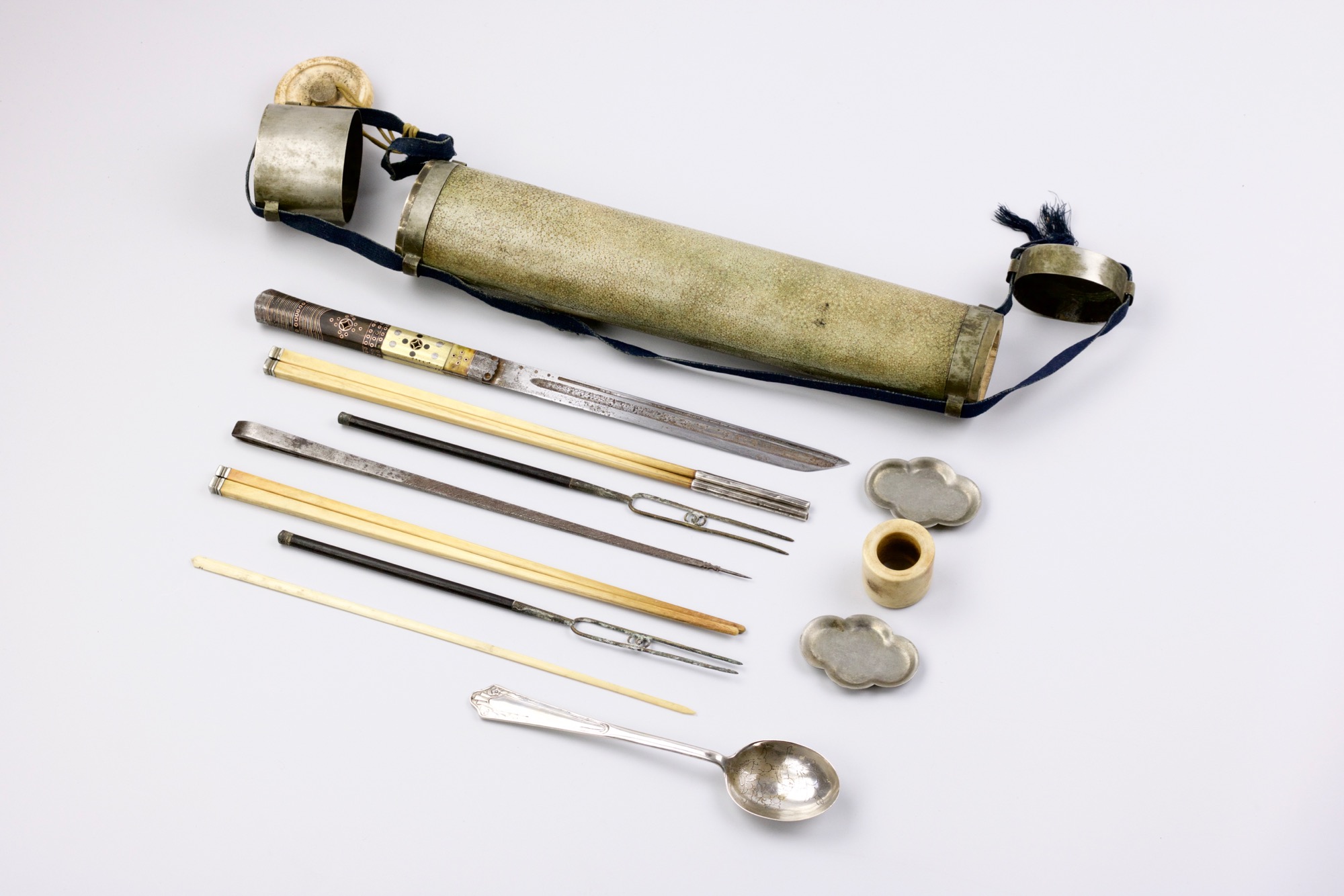 Báitóng caps on the container of an elaborate Chinese trousse set.
Personal collection. 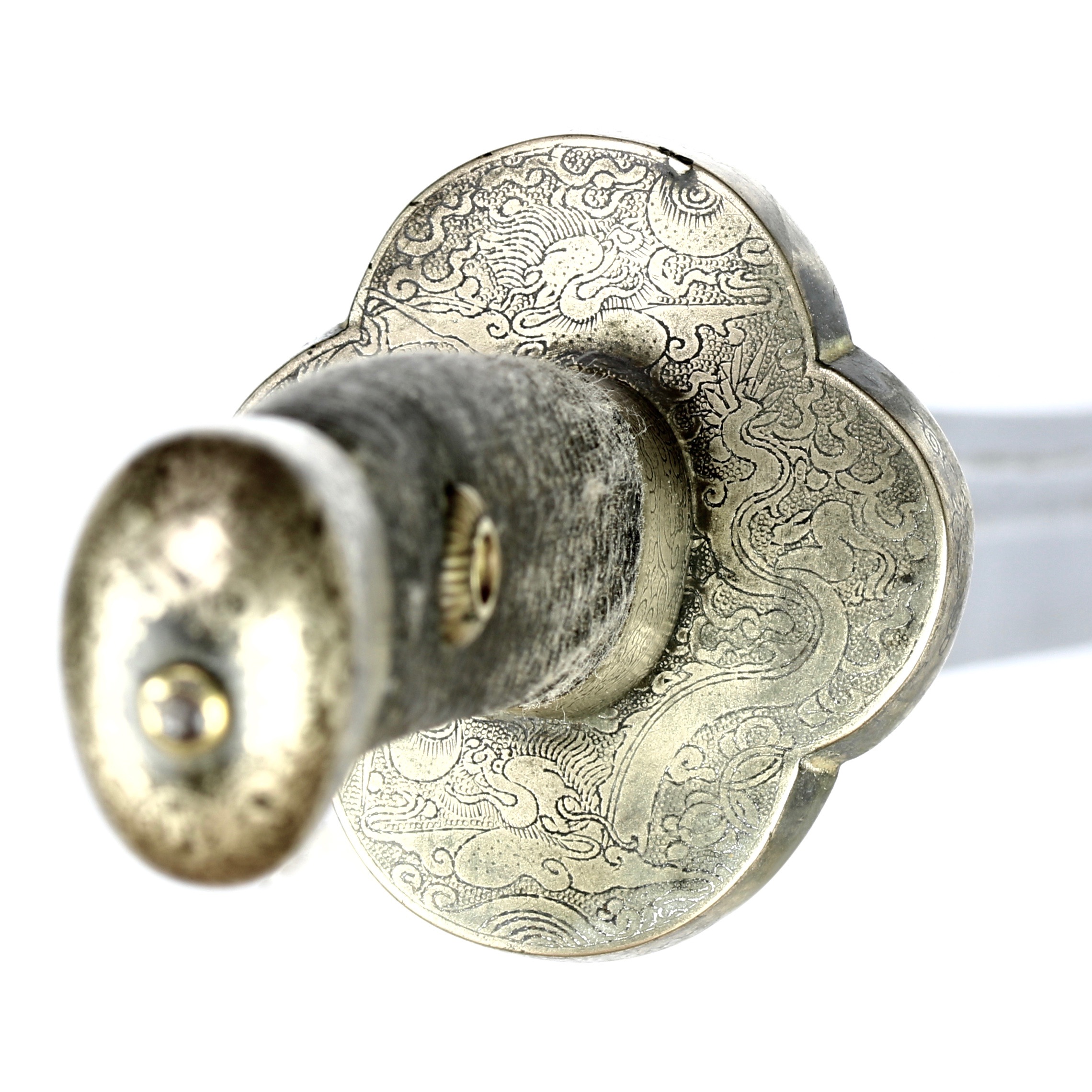